Angry Customers Pull Out Gun at Popeyes Over Sold-Out Sandwiches 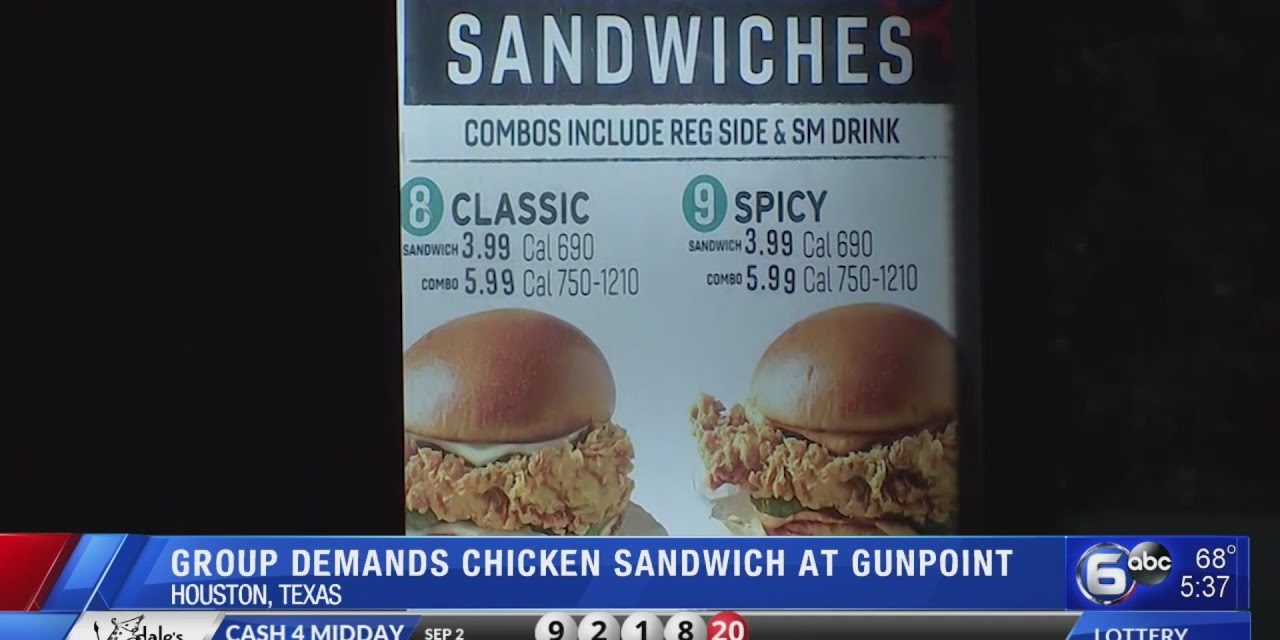 Houston police were called to a Popeyes Scott Street and Corder just after 9 pm on Monday (Sept 2) after an armed group of people stormed the store demanding chicken sandwiches after being told they were sold-out.

According to local reports, two women and three men left a baby in a car to approach the store with guns drawn after being told that there were no more sandwiches in the drive-thru. An employee was able to lock the doors before anyone in the group could enter.